Swami Vivekananda, known in his pre-monastic life as Narendra Nath Datta, was born in an affluent family in Kolkata on 12 January 1863. His father, Vishwanath Datta, was a successful attorney with interests in a wide range of subjects, and his mother, Bhuvaneshwari Devi, was endowed with deep devotion, strong character and other qualities. A precocious boy, Narendra excelled in music, gymnastics and studies. By the time he graduated from Calcutta University, he had acquired a vast knowledge of different subjects, especially Western philosophy and history. Born with a yogic temperament, he used to practise meditation even from his boyhood, and was associated with Brahmo Movement for some time.

During his travels all over India, Swami Vivekananda was deeply moved to see the appalling poverty and backwardness of the masses. He was the first religious leader in India to understand and openly declare that the real cause of India’s downfall was the neglect of the masses.
The immediate need was to provide food and other bare necessities of life to the hungry millions. For this they should be taught improved methods of agriculture, village industries, etc. It was in this context that Vivekananda grasped the crux of the problem of poverty in India (which had escaped the attention of social reformers of his days): owing to centuries of oppression, the downtrodden masses had lost faith in their capacity to improve their lot. It was first of all necessary to infuse into their minds faith in themselves. For this they needed a life-giving, inspiring message. Swamiji found this message in the principle of the Atman, the doctrine of the potential divinity of the soul, taught in Vedanta, the ancient system of religious philosophy of India. He saw that, in spite of poverty, the masses clung to religion, but they had never been taught the life-giving, ennobling principles of Vedanta and how to apply them in practical life.
Thus the masses needed two kinds of knowledge: secular knowledge to improve their economic condition, and spiritual knowledge to infuse in them faith in themselves and strengthen their moral sense. The next question was, how to spread these two kinds of knowledge among the masses? Through education – this was the answer that Swamiji found.

Posted by Manish Gupta at 22:04 No comments:

The hill area surrounded by the deep forest, Wanchoo Point is situated near Mhow The place has all the trappings of a natural hill-station. With rains having turned valleys verdant, Wanchoo Point has sprung up on MP State Tourism Development Corporation (MPSTDC) radar as potential tourism spot for people of Indore and adjoining areas, Wanchoo Point located atop hills on Narmada water supply route between Jalud and Indore and from where one can get a perfect view of Sun set, has always been a favorite destination for the picnic goers and lovers of scenic beauty. 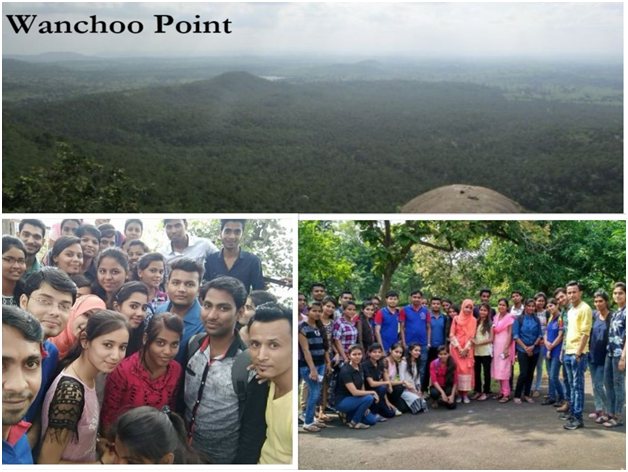 Posted by Manish Gupta at 01:56 No comments:

Web development is a broad term for the work involved in developing a web site for the Internet (World Wide Web) or an intranet (a private network). Web development can range from developing the simplest static single page of plain text to the most complex web-based internet applications, social network applications and electronic business applications. 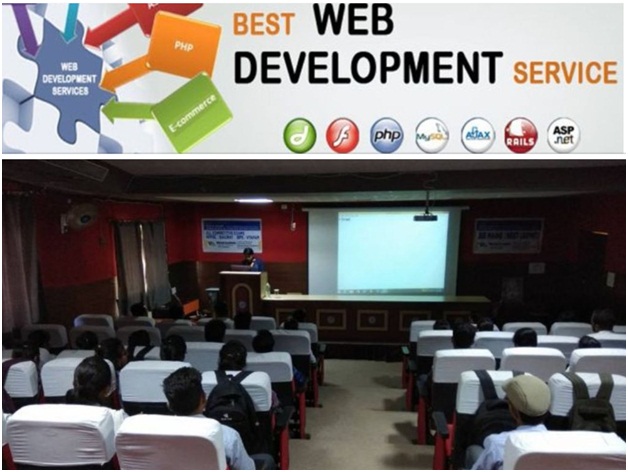 Posted by Manish Gupta at 01:53 No comments:

According to the Automated ImagingAssociation (AIA), machine vision encompasses all industrial and non-industrial applications in which a combination of hardware and software provide operational guidance to devices in the execution of their functions based on the capture and processing of images. Though industrial computer vision uses many of the same algorithms and approaches as academic/educational and governmental/military applications of computer vision, constraints are different.
Industrial vision systems demand greater robustness, reliability, and stability compared with an academic/educational vision system and typically cost much less than those used in governmental/military applications. Therefore, industrial machine vision implies low cost, acceptable accuracy, high robustness, high reliability, and high mechanical, and temperature stability.
Machine vision systems rely on digital sensors protected inside industrial cameras with specialized optics to acquire images, so that computer hardware and software can process, analyze, and measure various characteristics for decision making.


As an example, consider a fill-levelinspection system at a brewery (Figure 1). Each bottle of beer passes through an inspection sensor, which triggers a vision system to flash a strobe light and take a picture of the bottle. After acquiring the image and storing it in memory, vision software processes or analyzes it and issues a pass-fail response based on the fill level of the bottle. If the system detects an improperly filled bottle—a fail—it signals a diverter to reject the bottle. An operator can view rejected bottles and ongoing process statistics on a display.
Figure 1. Bottle fill-level inspection example
Benefits of Machine Vision-
Where human vision is best for qualitative interpretation of a complex, unstructured scene, machine vision excels at quantitative measurement of a structured scene because of its speed, accuracy, and repeatability. For example, on a production line, a machine vision system can inspect hundreds, or even thousands, of parts per minute. A machine vision system built around the right camera resolution and optics can easily inspect object details too small to be seen by the human eye.
In removing physical contact between a test system and the parts being tested, machine vision prevents part damage and eliminates the maintenance time and costs associated with wear and tear on mechanical components. Machine vision brings additional safety and operational benefits by reducing human involvement in a manufacturing process. Moreover, it prevents human contamination of clean rooms and protects human workers from hazardous environments.
Posted by Manish Gupta at 01:45 No comments:

Digital marketing is the marketing of products or services using digital technologies, mainly on the Internet, but also including mobile phones, display advertising, and any other digital medium 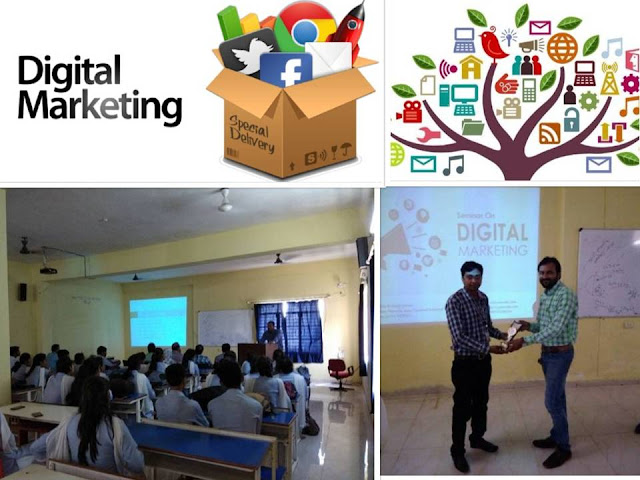 Read more »
Posted by Vikrant Group of Institutions at 00:51 14 comments:

Prof. Sanjay Modi has Chaired Session in the 1st International Conference on Data, Engineering and Application jointly organized by RGPV Bhopal on 28-29 October 2017.

Prof. Sanjay Modi has Chaired Session in the 1st International Conference on Data, Engineering and Application jointly organized by RGPV Bhopal on 28-29 October 2017. 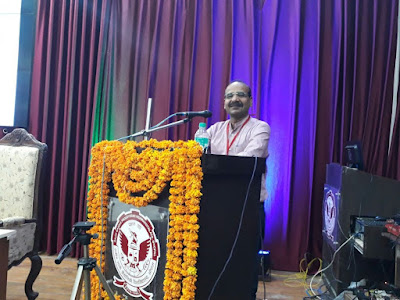 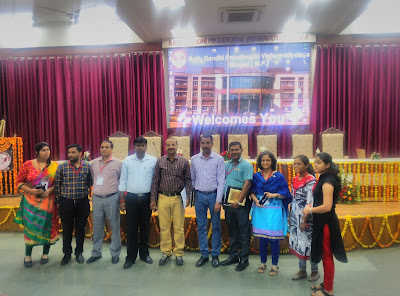 q
Read more »
Posted by Vikrant Group of Institutions at 00:46 No comments:

Vikrant Academy a renowned name of Gwalior comes up with digital concept for its students by providing e-notes/question papers free of cost. Students have to register once on www.vitm.edu.in (college’s Website) and they can download notes and previous year question papers for MPPSC, SSC-CGL, Railway, Bank, NEET, JEE and for other competitive examination. 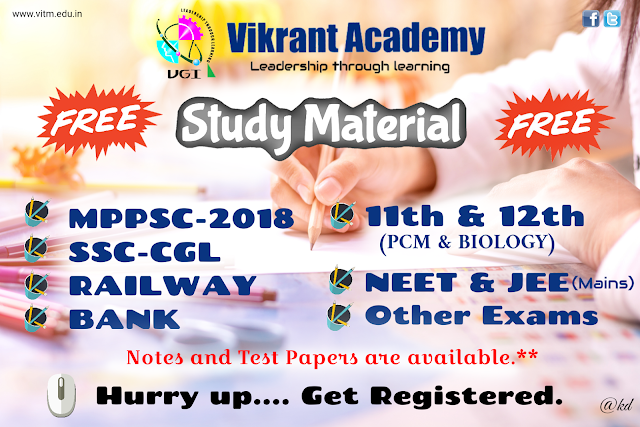 Read more »
Posted by Vikrant Group of Institutions at 02:01 No comments: